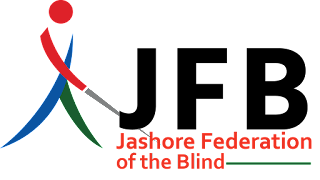 Jessore Federation of the blind (JFB) A Self-help Groups Organization of  Visually Impaired People  has started its journey to the development path from 29 May 1987 and crossed 23 years of its development. Though there were lots of limitations and problems during the last twenty three years, the activities have not been stopped but continued its development efforts with own speed, where there were success and failures also. In the mean time, new thoughts and ideas have been introduced in our development interventions and created new innovative sustainable ideas. The demand and expectations of the people however have changed with the march of creative world leaving previous thoughts and expectations, which resulted innovation and addition of new development techniques.

We are paying our heartiest regards to the respected Executive Committee and General Council Members, whose valuable advice and efforts encouraged and stimulated us. Remembering the field staff of both the lead NGO and the co-operating partners those have performed the difficult responsibilities at the grass root levels for making the programs effective and successful and paying cordial wishes and regards. We are grateful to the Donors, Advisors and the Government Administrations, Different Departments and the sister organizations for their cordial co-operation and supports for the implementation of the Organizational activities.

To make the Visually Impaired People aware of their duties and responsibilities to their families, society and the state as true citizen, the JFB took up programs of their self development & Empowerment to materialize its objectives and goal. JFB works through its working potentials of (i) Identifying the Visually Impaired People through initial survey (ii) Enhancing the skills and ability of non-curable ones by appropriate and felt-needed training to strengthen the human creativity in them (iii) Activating their training skill through provision of liberal credit support as collective loan as a starting point of emancipation from social and economical bondage (iv) Referring the curable impaired persons to appropriate institutions i.e. other NGO, special clinics, hospitals nearby for restoration of their vision by treatment. 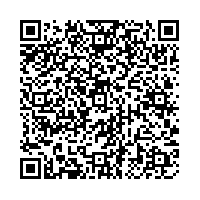 Distressed, destitute people and disadvantaged peoples-especially women and children living in both rural and urban areas.

Family members of distressed and destitute persons living in both rural and urban areas.

All other persons living in the same communities.

All employees of JFB.

Area of Operation : At present, the area of operation of JFB is All upazilla of Jessore district in Bangladesh.

Overall Control of Activities of the Organization : The whole of the Work Plan, Annual Budget, Activities and Financial Report are discussed threadbare and approved by the General Council in its Annual General Meetings held every year also major decision regarding organization and its beneficiaries/ members are taken by the general council. The Executive committee and general counsel of JFB both are bound to perform their responsibilities and duties as per constitution of the organization.

Bangladesh, being the most densely populated and one of the poorest countries in the world, the disables stand no chance of opportunity in life, especially if the person is poor and female. Out of 23 lakh people in Jessore district, approximately 15.6% populations are Visually Impaired. Bangladesh government has sets of rules and welfare systems to provide assistance but it does not sufficient for this group. JFB, (Jessore Ondho Songhtha) a NGO, free from any political influences and benefits, was founded with a view to bring an end of suffering of this group, give them status and create a society where everyone will be respected. We believe everyone has a duty as a human, a duty within self and a duty towards others, keeping this sincere and honest approach; we concentrate our main activities to improve the Socio Economic status for the most disadvantage group (poor destitute population) and people  with disability. We started as a small organization but our honest and sincere efforts of our Executives, stuffs and volunteers are   enabling us to help more and more disadvantage groups every day and grow bigger. Currently, the activities of the organization are concentrating in all upazillas of Jessore district of  of Bangladesh.

In the meantime, JFB has successfully completed over 34 years of its development interventions in the field of rehabilitation and education of the persons with disability. During the period of 24 years the organization had to confront various odd situations and obstacles in the pursuits of its activities. This specified information / report is an honest and modest effort to publicize all its attempts undertaken to survive as a development of the Visually Impaired persons and the progress made in the period of reporting.  So the report at its present form provides a momentary view of the organization’s own profile and its involvement, experiences, lessons learnt, obstacles faced with etc during the implementation of the concerned programs.  JFB is operating and implementing is programs for the development of disable people.